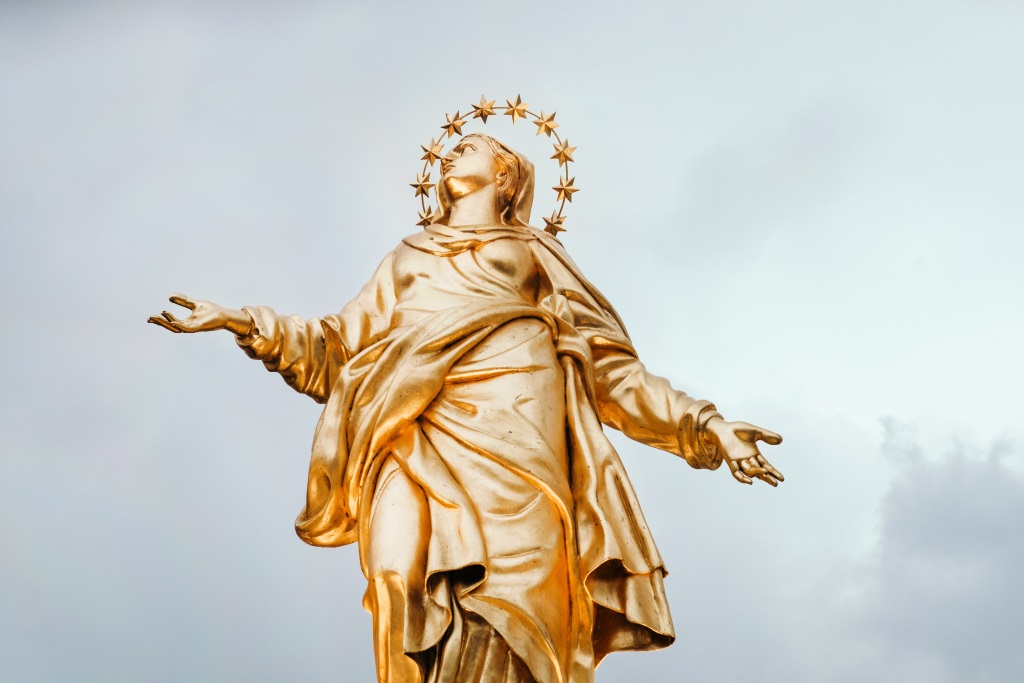 Today we remember and celebrate the Assumption of our Blessed Mother. Such a powerful and hope-filled doctrine of our faith!

This is when Mary, body and soul, was conveyed into heaven at the conclusion of her earthly journey. Yet it’s never mentioned directly in the Bible.

19 God’s temple in heaven was opened,
and the ark of his covenant could be seen in the temple.

1 A great sign appeared in the sky, a woman clothed with the sun,
with the moon under her feet,
and on her head a crown of twelve stars.
5 She gave birth to a son, a male child,
destined to rule all the nations with an iron rod.
Her child was caught up to God and his throne.

10 Then I heard a loud voice in heaven say:
“Now have salvation and power come,
and the Kingdom of our God
and the authority of his Anointed One.”

But we see strong evidence not only that Mary lives on in Heaven, but plays a central role in the salvation of humanity through her Son.

It’s not a huge leap to think that she somehow got from here to there. Exactly how? We’re not sure.

But from the fourth century, faithful Christians have worked on this issue and concluded that God bringing her to Heaven is the most reasonable path. It’s consistent with all our teachings and even Marian appearances which have happened over the centuries.

Mary, help me to follow your path to your Son.